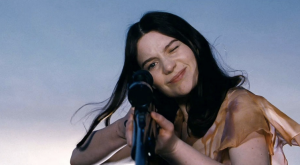 I know I probably shouldn’t trouble my little head with this stuff, but a little thought has been bubbling away in my little brain and has reached boiling point. So I thought I’d lift the lid and share it with you all. Before I explode.

This thought I’d like to share has to do with films I’ve seen so far this year. Now, I’ve seen a lot, so I’m going to confine myself to those I’ve seen at the cinema, on the big screen, and paid good money for. And I’ll narrow the field further to talk only about mainstream, narrative, big new releases. Because, when I think about these films, I see a pattern emerging. Perhaps you’ll see it too?

First up was Life of Pi, all earnest and shiny and 3D and jumpy out of the screen. And I guess it was all right. If you like that sort of thing. I don’t much. And as it was adapted from a book there were externally imposed limitations, so there’s really no need to be irritated by the pretty, dancy girlfriend, or the mother/zebra whatever, or the wife whose role is to wander on set, once, weighed down by children, and do nothing. So I wasn’t.

But then I went to see Lincoln. Regular readers of this blog may already have formed a strong opinion of my strong opinion about this film. New readers, if you’re still with me by the end of this post, might want to check out Am I missing the point  of facebook? or Why Lincoln is crap. Maybe Spielberg was able to resurrect Freud and get him to do a bit of moonlighting as the script advisor. Mrs Lincoln emerges as a textbook hysteric. Thank God Abe is around to help her steer an even course. And then there’s the stoic freed slave who pops up from time to time observing the men do their politics, or accompanying the mad Mrs Lincoln somewhere, or whispering with Mr Lincoln, a symbol of just how very wise and decent he is. And reminding us, through her remarkable absence of presence, just how non-threatening good ole black folk can be. Especially black women. And then, as if to drive the point home, there’s the housekeeper. The one who mops the furrowed brow of Tommy Lee Jones and so much else besides. Who doesn’t get to be at all angry about the state of her world.

And then, the following week, I found myself up close and personal with Django Unchained. Which I loved. Except, it’s a bit long and goes a bit off course in the final stretch. But still, I thought it was great. Except, well, there’s Broomhilda. Who’s lovely ‘n’ all, and it’s great that Django wants to rescue her. But the thing is, she’s a runaway slave. A repeat offender runaway slave. And the film makes the barbarous treatment a recaptured runaway slave is likely to receive explicitly and uncomfortably clear. So I think we have to assume that Broomhilda has balls, colloquially speaking. Which makes her quivering lipped, fainting behaviour a little out of character. But, perhaps, defensible. What is not defensible, no really, Quentin, it’s not, is her sitting astride a bloody great horse in the final moments of the film, holding a bloody great double barreled shotgun, which we can assume is bloody well loaded, whilst waiting helplessly for Django to do his thing.

Next was Arbitrage. I don’t know what to say really. Other than that I’m very glad my local cinema has a bar, so that I had alcohol to help me get through the tedium. And so we have the wife. Who doesn’t work, of course. But that’s ok because she does lots of charity stuff. And she gets to take a bit of control at the end of the film. And the mistress. Who’s a painter. But not very good. But that’s ok because he bankrolls her. Thankfully she gets killed off in a car crash fairly early on. She doesn’t actually get to drive the car, of course. And the daughter. Who works for him. And works out that he’s a fraudulent swindler. Because she’s got a brain. But she doesn’t get to do anything about it. And then there’s the dead driver’s son’s wife. Who gets to be supportive.

And so to Side Effects. Again, regular readers will be aware of my response to this film. A previous post, Side Effects? Of what? Lesbian sex? pretty much sums it up. But, to give the film its due, at least all the women in it actually do stuff. And at least they can actually claim to be principal characters. And its much more fun watching evil lesbians going about their evil business than virtuous non-entities, well non-entitying. If you know what I mean.

And finally there was Stoker. It’s not a great film, but if you like a bit of gothic (which I do), and you find watching Nicole Kidman’s face not move strangely fascinating (which I do), and you have have a thing for intense, odd-ball actresses (which I do) then it might be up your street. But really, I liked it for its blackly comic ending. It’s a strange old world, though, when you find yourself jumping for joy in a darkened cinema as the eighteen year old protagonist (and there’s the key word) offs a cop. Jumping for joy just because she actually GETS TO DO SOMETHING.